About the ACA In-office Training
Register & Subscribe (Only $39/month!)Free TrialSign In

History of the Dental X-ray 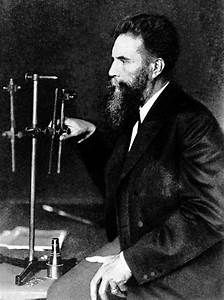 Although his lab notes were burned after his death in 1923, Röntgen’s biographers describe him noticing a faint glow from a screen covered in fluorescent material about a metre away from his apparatus. This was despite the vacuum tube itself being covered with black cardboard that stopped all visible light.

Having reasoned that the tube itself must be giving off these invisible rays, Röntgen conducted a series of experiments over the next few weeks in which he found that they could pass through certain objects but not others. Due to his uncertainty over the exact nature of the new rays, he adopted the mathematical designation ‘X’ to reflect their mysterious nature.

As his experiments continued, Röntgen began to notice that the rays were able to penetrate the soft tissues in his body but were stopped by bone. After subsequently replacing the fluorescent screen with a photographic plate he made the first ever X-ray image clearly showing the bones of his wife Bertha’s hand and her wedding ring. On seeing the image, she is said to have remarked, ‘I have seen my death.’

Röntgen published the paper “On a New Kind of Rays” on 28 December 1895, and news of his discovery spread quickly. Within a year X-rays were being used as far away as the United States as both a diagnostic tool and for treating cancers. Röntgen refused to take out a patent on X-rays in order to allow the entire world to benefit from them but was awarded the first ever Nobel Prize in Physics in 1901.

His citation referred to his discovery as the “remarkable rays”. Röntgen refused to patent his discovery and gave the money that came with the Nobel Prize to his university.

We love our dental assistants and encourage to join our community of DA's just like you chairsideassisting.com

Select a course first to display its contents.

No available contents for

There are no free, paid or coming soon courses in your school yet.
Why don't you create one?

Oops, your school's owner is working hard preparing the courses for you.

Oops, you haven't created any courses yet.

Wouldn't it be a good idea to create a course?

No blog posts found in your blog. Why don't you create one?